The month of December 2020 was marked by graduations that represent the end of two important cycles in students’ education: Childhood Education for the K5 classes, and the Primary Years Programme for Year 5 students.

The ceremonies were conducted in accordance with all safety protocols. As such, the audience was made up of only parents and siblings, and the K5 classes graduated on different days. The K5 classes watched a video of students acting out two plays based on the works “Watch Me Throw the Ball” and “We Are in a Book” by American playwright Mo Willems. The students then presented two short concerts with songs in English and Portuguese, and received a tribute from the teaching team. At the end of the event, the groups and families were surprised with another video looking back on their time at Red House.

It was hard to hold back tears at the Year 5 graduation. The afternoon — full of tributes — marked the class’s entrance into the Middle Years Programme. After singing song “I Lived”, the group was surprised with a video by their families that summarized what each student meant to their lives in a single word. This was followed by a play based on the Global Goals, — the UN’s global sustainable development goals — where students took turns on stage to ensure correct social distancing. It was then the class’s turn to thank teachers and once again be surprised with a video by a former student, who moved out of the country in the middle of the year and sent a tribute to their colleagues.

Congratulations to our students for this achievement! 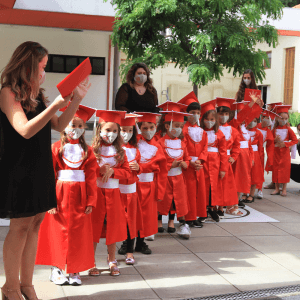 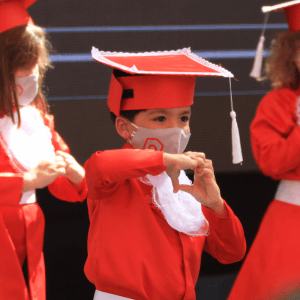 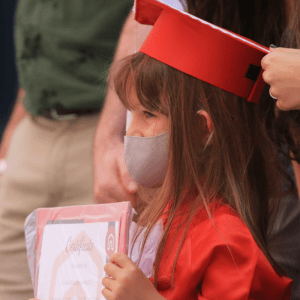 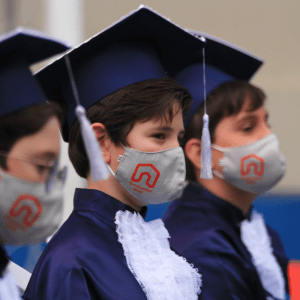 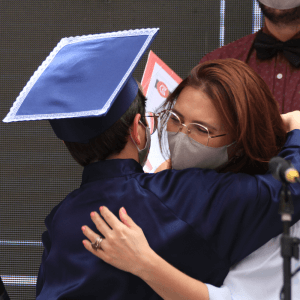